Ghana has the highest proportion of female entrepreneurs

The answer to which country has the highest proportion of women-owned businesses might come as a surprise. No, it’s not any of the progressive Scandinavian countries. It’s not the very forward-thinking Canadians, nor is it the UK, Australia, US or New Zealand. Must be Germany or The Netherlands, I hear you say. Wrong again.

The country with the highest proportion of female business owners is the West African country of Ghana, with women owning 46.4% of all businesses, according to the Mastercard Index of Women’s Entrepreneurship (MIWE) released last year. The next two on the list might surprise you too, with women owning 35% of all businesses in Russia, while the figure is 34% in Uganda.

The MIWE report found that New Zealand is the best country overall for female entrepreneurs and women business owners. New Zealand achieved its top ranking because of its high scores in the areas of supporting entrepreneurial conditions, knowledge assets and financial access, and women’s advancement outcomes.

So why exactly is there such a high rate of business ownership among women in Ghana? The answer is intriguing. 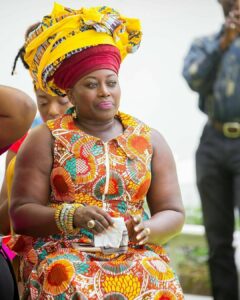 In the report, Ghana is described as “uniquely placed”. Many of the factors that contribute to the overall conditions for female entrepreneurship are classified by the report as either “poor” or even “very poor”; this includes such as factors as ease of doing business, quality of governance, support for SMEs, and education levels. These factors place Ghana on an equivalent level to countries like Malaysia, Romania, Russia, Brazil and Argentina in the overall MIWE index rankings.

However, Ghana’s women manage to overcome these factors and demonstrate an extremely high drive to become business owners. Part of this can be explained by ‘need-based’ entrepreneurship, which basically means that women in Ghana have very few options other than to start their own small business as a way of supporting themselves and their families.

As the report outlines: “Given that the country is a lower-middle income and factor-driven market, women typically turn to necessity-driven entrepreneurial activities out of sheer will to survive and to support oneself and family.”

Many of Ghana’s female entrepreneurs are agricultural or food-based operators: “The vital role that women play as farm owners, farm partners and farm laborers is astounding: their contribution is estimated to account for around 70% to 80% of food consumed in the country. They have also become increasingly responsible for the education and other material needs of their wards, especially in female-headed households.”

The entrepreneurial drive of Ghana’s women is truly unique, outstripping the other African countries included in the survey, as well as most other countries with higher levels of overall support and income levels around the world.

Women in Ghana do it tough, as the report notes: “It is ironic to note that although Ghana (one of the 3 newly added markets) has the highest women business ownership (46.4%), women entrepreneurs are not as well-received by society as men despite them being the sole breadwinners and backbone in their families most of the time.”

It’s incredible to think what an amazing source of talent Ghana possesses in its women entrepreneurs. Imagine if these women could be properly supported to achieve their dreams and use all of their drive to enrich themselves, their families, and their compatriots?

At the moment, most women’s businesses in Ghana struggle to move beyond the micro level, in part because of common factors like lack of finance, which affects women-owned businesses all over the world. Backing Ghana’s women in business could have a very real and lasting positive effect in growing the country’s economy and improving the overall wealth and wellness of its people. In fact, the same could be said the world over.

MTN Uganda to float 20% of shares on securities exchange

2 Mins read
Most businesses are focusing on creating a new normal. Leaders are considering the return to work and the advantages of hybrid, in-person…