Ghana and the United Kingdom have resolved to deepen the bilateral relations that exist between the two countries, as well as explore areas of interest which will inure to the mutual benefit of the two countries and their respective populations.

President Akufo-Addo expressed his appreciation to the British Government for its willingness to work with Ghana on the basis of trade and investment co-operation, and move away from the traditional aid-based relationship.

The President told his British counterpart that, over the course of the last three years, his Government has worked hard to put Ghana’s economy back on track, and has succeeded in creating a business-friendly environment that has led to Ghana becoming the largest source of foreign-direct investment in West Africa.

“It is an exciting time to be in Ghana and to do business in the country. The prospects for Ghana’s, and, indeed, Africa’s development in the 21st century are immense. British participation in that development would be very welcome,” he added.

On his part, Mr Boris Johnson, praised the excellent relations existing between Ghana and the United Kingdom, and praised his Ghanaian counterpart for the work done in growing Ghana’s economy, and for making it one of the fastest growing economies in the world.

The British Prime Minister touted the United touted as the “ultimate one-stop shop” for trade, education and tech”, adding that “look around the world today and you will swiftly see that the UK is not only the obvious partner of choice, we’re also very much the partner of today, of tomorrow and decades to come.” 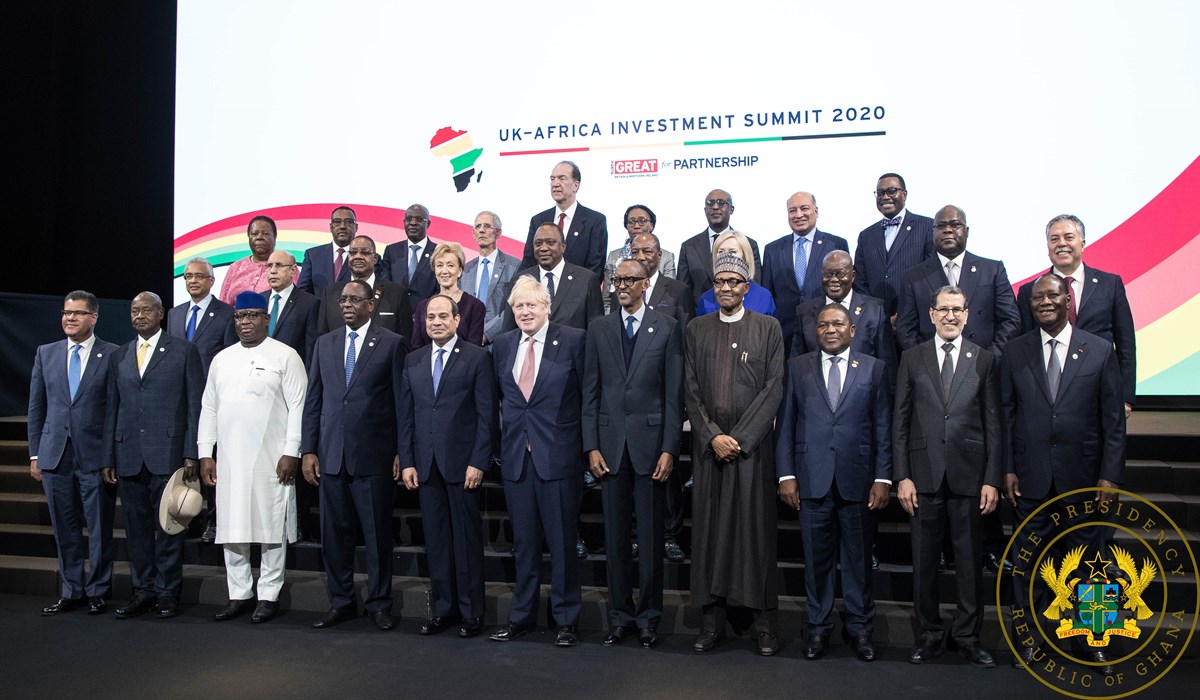 Contributing to a panel discussion at the UK-Africa Investment Summit, President Akufo-Addo stated that despite the fact that Africa’s wealth is undisputed, “we have gotten ourselves into a situation where now the infrastructure is also undeveloped.”

He continued, “Nobody is looking for gifts or charity, but we are saying that if there is equity in the way most people look at it, the means for being able to address the deficits and the difficulties exist, and I think that the London stock exchange can play a really significant and important role in this new thinking. That, in my view, is absolutely important for the future of the continent and for our relations with countries like Britain”.