How ESG investing got tangled up in America’s culture wars

A growing number of Republican politicians are moving to penalize Wall Street investors who consider environmental, social and governance (ESG) issues when they decide where to put clients’ money.

In Florida, a state board chaired by Gov. Ron DeSantis recently barred investment fund managers and advisors from considering “social, political, or ideological interests” when making decisions for Florida’s retirement system. In Texas and West Virginia, GOP leaders say they will block investors from state business who they claim “boycott” the fossil fuel industry. Fifteen other states are considering similar measures. And Republicans have said that if they retake Congress in the midterms, they plan to push federal legislation to curtail investment decisions they attack as “woke.”

Many experts disagree, saying Republicans are distorting the goals and strategies of ESG investing.

It’s hard for most people to get a clear read of what ESG is amid the overheated rhetoric. Is the idea to bring about social changes that couldn’t be achieved at the ballot box? And what does it mean for things like your 401K when investors follow ESG principles?

This FAQ is for anyone who wants to better understand an investing trend that is becoming core to global financial markets and a new battlefront in American politics — including, possibly, in your own state.

It’s probably easiest to think of this as a set of considerations that investors are using to try to understand risks and opportunities that aren’t accounted for in traditional financial models.

Climate change is one of the simplest examples: Investors are trying to find out how physical risks from things like rising sea levels and worsening drought could impact a company’s operations. For example, does a company rely on water to operate its factories, or to move goods in places like Europe or China where rivers have dried to a trickle this summer?

Investors also want information about “transition risk” — how companies will fare as governments enact policies aimed at cutting emissions and demand grows for things like renewable energy and batteries.

“It’s about looking at a business and saying, ‘Are they prepared for the climate transition that’s coming?'” says Witold Henisz, faculty director of the ESG Initiative at The Wharton School of Business at the University of Pennsylvania. “Some companies are, and some companies aren’t. And that tilts your portfolio, it shifts your investment strategy.”

ESG is different from impact investing, where the goal is to make money by investing in companies that are trying to achieve certain social or environmental outcomes.

“In our view, ESG is more of a sort of defensive framework,” says Kunal Shah, a managing director at iCapital, a financial technology company. “Whereas impact investing … is focused on investing in companies with a clear mission to make a change to the positive.” 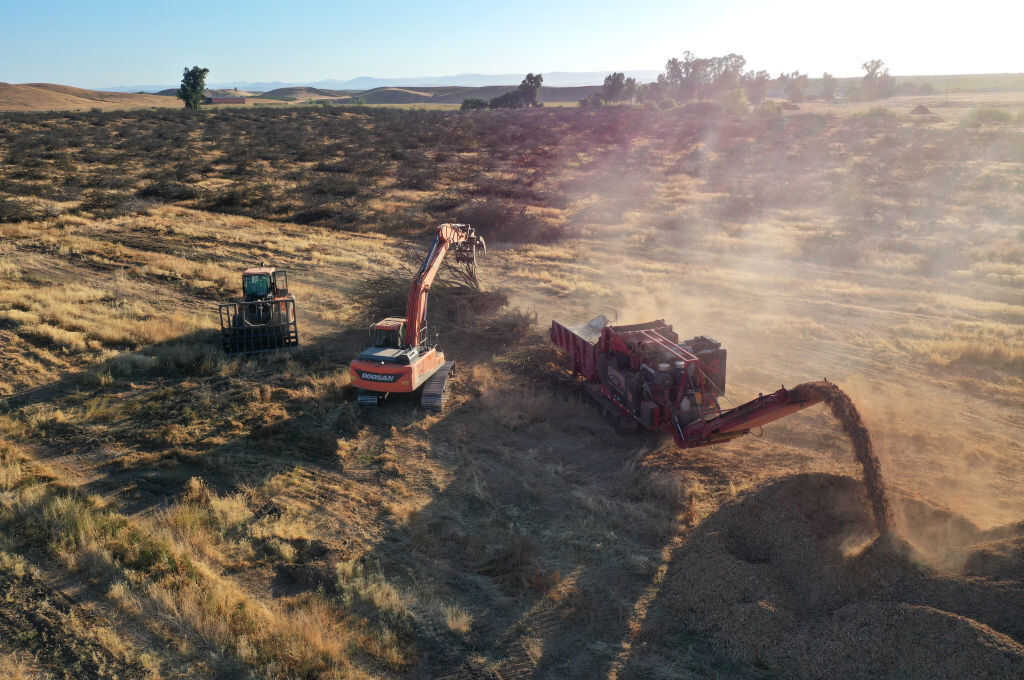 In response to severe drought, which is being fueled in part by human-caused climate change, some farmers in California are ripping out orchards of almond trees and replacing them with less water-dependent crops. Justin Sullivan/Getty Images

It doesn’t look that way. Big banks continue to provide hundreds of billions of dollars in financing to the fossil fuel industry every year. BlackRock, the world’s largest asset manager and a favorite target of anti-ESG Republicans, is one of the top shareholders in many leading oil and gas companies.

“ESG isn’t about a boycott,” says Henisz of the Wharton School. “It’s a question of which fossil fuel company do you hold? And how long do you hold them?”

In fact, BlackRock’s CEO, Larry Fink, has said he thinks selling off fossil fuel stocks — or divestment — is an ineffective way to fight climate change. Instead, Fink has advocated for engagement, urging shareholders to press fossil fuel executives to be transparent about their plans for the future.

“It’s not so much that [lenders are] punishing the companies. They’re just saying, ‘Hey, there’s risk. And just like we would with any other products, we need to financially assess those risks and build them into the cost of credit,'” Whelan says.

Is ESG hurting the financial performance of companies or investors?

It doesn’t appear to be.

That doesn’t mean proponents of ESG investing think it’s being done perfectly. ESG disclosures vary from company to company. Ratings agencies that assess the data use proprietary methods, making it hard for investors to know how firms reach their conclusions. And there is growing concern that some asset managers are slapping ESG labels on funds that don’t deserve them.

“The problem is we don’t have good data,” says Henisz of the Wharton School. “And so we struggle to measure whether companies are delivering.” 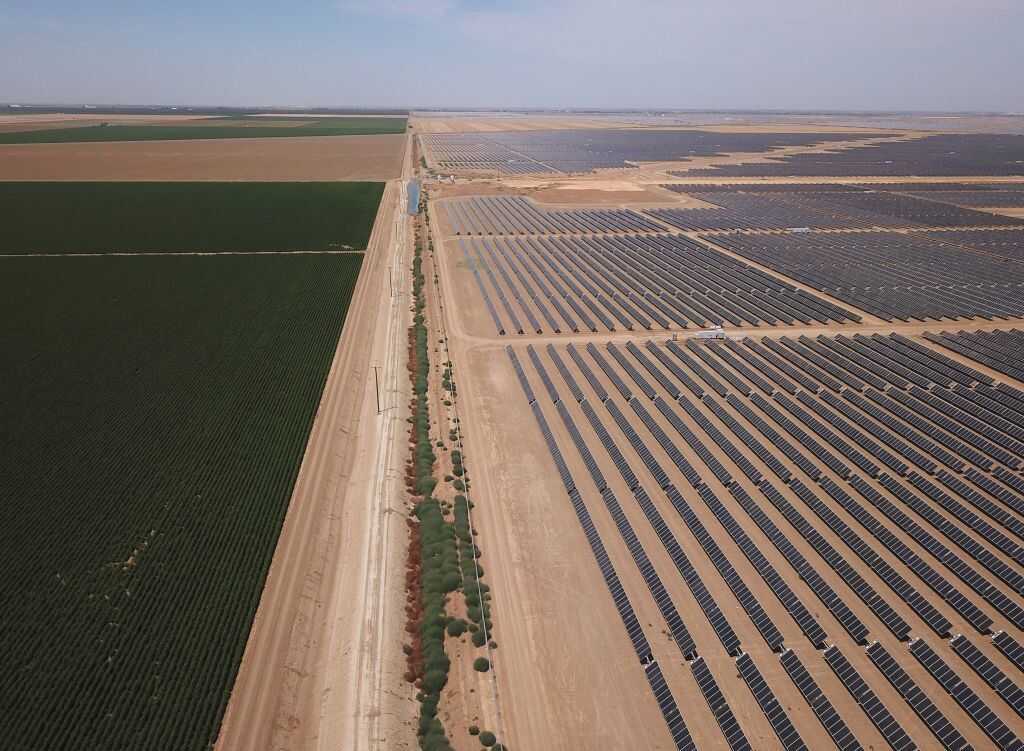 ESG is different from impact investing, where the goal is to make money by investing in companies that are trying to achieve certain social or environmental outcomes, such as building renewable energy projects like this solar farm in California. ROBYN BECK/AFP via Getty Images

Why is ESG becoming a political fight now?

One is that ESG — and climate considerations more broadly — are becoming ingrained deeply enough in corporate America and financial markets to begin changing the way some industries operate, says Mindy Lubber, CEO of Ceres, a sustainability nonprofit.

Hundreds of companies and investment firms, for example, have now promised to eliminate or offset their greenhouse gas emissions. Only a few years ago, there were hardly any.

The other explanation is that Republicans are trying to score political points ahead of elections.

“Taking climate risk as investment risk is just good business,” says Henisz of the Wharton School. “Now, we can argue about how we do it and who does it well and who does it poorly. That’s a legitimate argument. [But] the idea that ESG is ideological and not economics is a political argument.”

5 Mins read
The notion that Canada is a place of opportunity for immigrants is widely upheld and celebrated.  This has led Canadians in a…
America

US overtakes Uganda as top buyer of Kenyan goods

3 Mins read
The United States has overtaken Uganda as the largest buyer of Kenyan goods, ending Kampala’s dominance as the top market for Kenya’s…