As government contemplates a framework to regulate the importation of used and salvaged vehicles to pave way for global automobile giants planning to set up assembly plants in Ghana, Ghana’s sole local car maker, Kantanka Automobile Company Limited, is reminding the state of its promise to support them to expand.

The company, which says it has produced and sold over a 1,000 cars since 2017, wants government to intensify its support by persuading public institutions to patronize its vehicles.

Sales and Marketing Executive of Kantanka Automobile Company Limited, Ebo Safo Kantanka told Citi Business News “Although few of the municipal assemblies are using our vehicles, it must be a law for every municipal assembly or government institution to start buying from Kantanka so that this company will grow. It will be sad if in five years’ time Kantanka automobile will be no more. Every Ghanaian will be very sad. So we are just saying that let’s help Kantanka to grow”.

Kantanka Automobile Company Limited, which made history as one of Ghana’s few local car manufacturers, has an objective to create a niche market with diverse brands of vehicles that meets the income status of the citizenry.

It started its commercial operations in 2017, and has since produced over thousand vehicles of different models that have been sold locally and on the international market. It manufactures SUV’s branded locally as the Onantefuo, mini SUV’s known as K71, pick-ups called Omama, and saloon cars branded as Mensah and Amoanimaa.

The price for these vehicles ranges from GHC80, 000 to GHC185, 000. Payment plans are made for customers who wish to pay in installment. Although it started with the production of manual vehicles, Kantanka Automobile has added automatic as part of its vehicles. 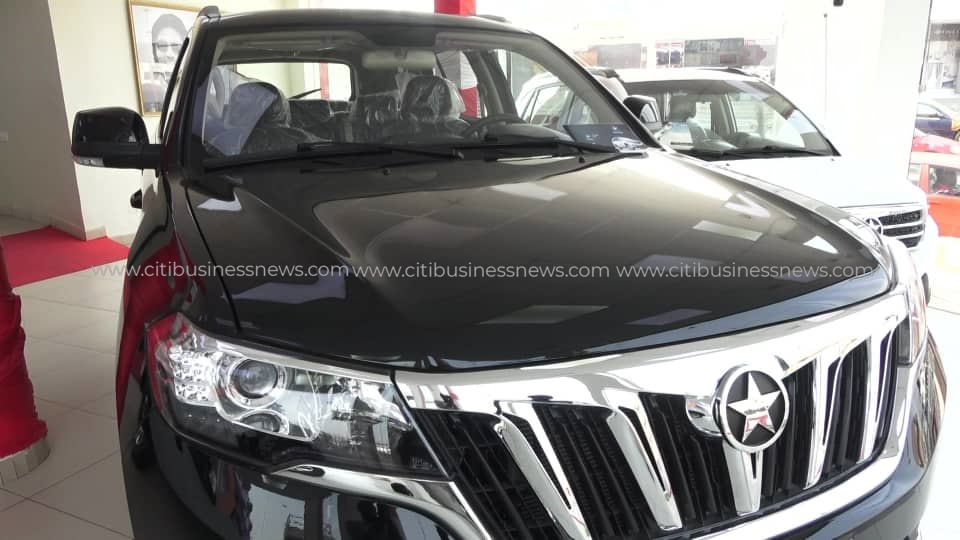 Sales and Marketing Executive, Ebo Safo Kantanka says expansion works are currently ongoing at the company’s factory at Gomoa Mpota in the Central Region, to produce more cars to meet the growing demand.

Data available from the Ghana Revenue Authority (GRA), Customs Division, indicates that between 2005 and 2016, more than 1 million vehicles were imported into the country; representing an average of 100,000 cars per year.

Out of this figure, 80 percent were second-hand vehicles, with outmoded machinery whose carbon dioxide emissions (CO2) and fuel consumption might no longer be in conformity with the manufactures standards imposed in developed countries, and therefore, poses a threat to Ghana’s environment.

As a result, if a local car manufacturer like Kantanka gets the needed support, it can produce a significant number of cars alongside other global automobile firms seeking to assemble cars in Ghana, for the Ghanaian populace.

Currently, Kantanka Automobile Company pays duty on some of the parts it outsources from other countries despite government’s promise to offer them a ten-year tax waiver.

Gov’t to regulate importation of ‘second-hand’ and ‘accident’ vehicles

Parliament recently announced plans to put in place a regulatory framework for the importation of ‘second-hand’ and salvaged vehicles, also known as accident vehicles. This is captured in the Customs Amendment Bill which is on the agenda of the house for consideration.

The Majority Leader of Parliament, Osei Kyei Mensah Bonsu, who disclosed this, said this has become necessary for the country’s emerging automobile industry. Automobile giants like VW, Toyota, Renault and Nissan, have all expressed interest to set up assembly plants in Ghana.

3 Mins read
Creating the right product Every business revolves around a product; even if you offer a service, it is your product. Common sense…