The National Council for Curriculum and Assessment (NaCCA), acting on behalf of the Education Ministry has announced the first batch of recommended textbooks for use in teaching the new curriculum at the KG and Primary levels.

The first batch consisting of187 books were announced at a short ceremony on Thursday, with more textbooks expected to be announced next week.

“We are grateful to all our partners and stakeholders, particularly teachers and parents for their patience in waiting for textbook developers and publishers to at least bring some materials for assessment and now we are sharing with you the initial books that have been assessed and recommended.

“We have about 27 submissions which have just been brought for assessment. The process continues. We hope to assess as and when publishers bring materials,” the Executive Secretary of NaCCA, Dr Prince Armah said.

The recommended textbooks cover some of the subjects from KG through to Primary Six including Mathematics, Science, English, Creative Arts, among others.

According to him, for every textbook recommended, there is the teachers’ guide and depending on the subject area, a workbook, all of which are aimed at ensuring effective teaching and learning of the new curriculum. 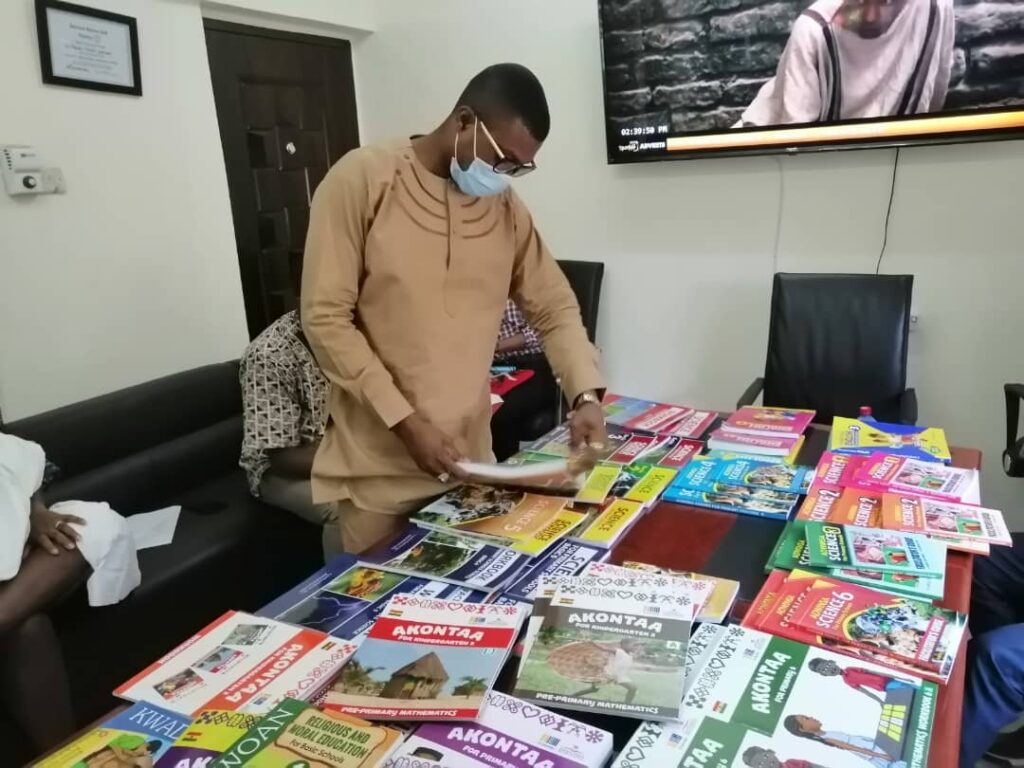 Dr Armah stated that some of the subjects have at least three different recommended textbooks from different publishers which could give the pupils varied explanations and ideas on the concepts in the curriculum.

The rationale, he said could ensure, that the pupils do not become restricted to concepts and ideas in just one textbook but will, with the help of their teachers and parents, study and understand the concepts better using different books.

Explaining the reasons for the seeming delay in recommending new textbooks for the new curriculum, Dr Armah told a cross section of journalists that NaCCA and the Publishers had to go through rigorous feedback processes before finally recommending the first batch.

He explained that by its mandate, NaCCA prepares a curriculum but cannot go into the publication of textbooks since NaCCA is the regulator in the industry.

“You cannot be a referee and a player at the same time. Our duty is to prepare a curriculum, wait for private textbook writers and publishers to develop textbooks and other instructional materials based on the curriculum so we assess and make recommendations to the Ministry of Education as well as the general public.”

“We started this whole approval process on June 1, 2019 by publishing the guidelines for submitting and assessing books,” he explained.

According to him, there is the Textbook and Instructional Resources Quality Unit at NaCCA which accepts materials from private publishers and authors, benchmarks the textbooks against the curriculum, review some of the associated instructional processes, ensure that words, pictures, diagrams are in sync with the country’s laws, and acceptable cultural norms.

“Where there were errors, the publishers were asked to correct and resubmit the samples. Some of them had to go and come back for about five times, hence the delays in publishing the recommended textbook list” he stated.

He added that, although these books are recommended, NaCCA still welcomes comments and feedback from school mangers, teachers, parents and the general public on the Recommended Textbooks. This will help textbook writers and publishers improve on the quality of their textbooks.

No textbooks for some subjects

Even though a lot of the subjects have a number of recommended textbooks and some still being assessed, Dr Armah was quick to admit that some of the subjects, particularly the local languages and physical education, have still not received textbook samples from publishers.

He explained that most of the publishers are business minded and will invest in subjects that, they believe, a lot of people will be interested in buying.

It is for that reason that NaCCA in designing the new standard based curriculum provided the teachers with Teacher Resource Packs so that in the event there is no textbook for as ubject, teaching and learning will not be severely affected.

He said for years, a lot of teachers in the technical and vocational institutions have taught their subjects without approved textbooks, adding that, the new curriculum makes life easier for teachers who are likely to fall within this category.

He also acknowledged the possibility of unscrupulous businessmen flooding the market with non-recommended textbooks, saying NaCCA will soon announce shortcode that will help parents and the general public verify the authenticity of the textbooks they buy on the market.

4 Mins read
Kristine Pearson is the driving force behind Lifeline Energy, which has distributed more than 685 000 radios in order to bring important…
Covid-19Education