Should diabetics have cinnamon?

Cinnamon or dalcheeni is widely used to flavour desserts and is also an essential ingredient used to make the traditional garam masala, used in most Indian kitchens. “While it is added in food for its flavour, cinnamon also has tons of other benefits which many people are unaware of,” said Kajal Wattamwar and Bushra Qureshi, dieticians and co-founders, Healthy Steady Go. “The photochemical components of cinnamon, such as the volatile and phenolic compounds and chromium, are mainly responsible for its anti-inflammatory, anti-diabetic, anti-tumour, anticancer, and anti-hyperglycaemic effect,” they said.

Diabetes is a condition with multiple aetiologies, but the core problem remains the same — insufficient insulin synthesis or insulin resistance. “Cinnamon is a commonly-known ‘natural insulin sensitiser’. Multiple studies have shown how cinnamon helps in bringing down blood sugar levels. Additionally, in multiple studies done on people with type II diabetes and pre-diabetes, cinnamon has proven its effect in reducing fasting blood sugar as well as the HOMA-IR levels,” the experts told indianexpress.com.

However, not a significant reduction was seen in the HbA1c levels (3 months of blood sugar control). This could simply be due to the short course duration of most studies (approximately 1 month), they noted, stating that further research in this area can prove to be quite beneficial.

But how much cinnamon can diabetics have?

Multiple studies use different dosages to see the optimum benefits of cinnamon. However, there are no basic guidelines laid out by government bodies to standardise the lower or upper limit of cinnamon. Most studies have been reported to use 1-2 grams of cinnamon extract daily — divided into 2-3 doses, to be had 15 minutes prior to or after having food.

Capsules: Over the counter cinnamon extract capsules are now available. The most commonly available strength is 500mg/capsule.
Raw powder:  Simply blend cinnamon sticks at home or get ready-to-use cinnamon powder. Other than adding it to your food, you can also make a tea out of it. 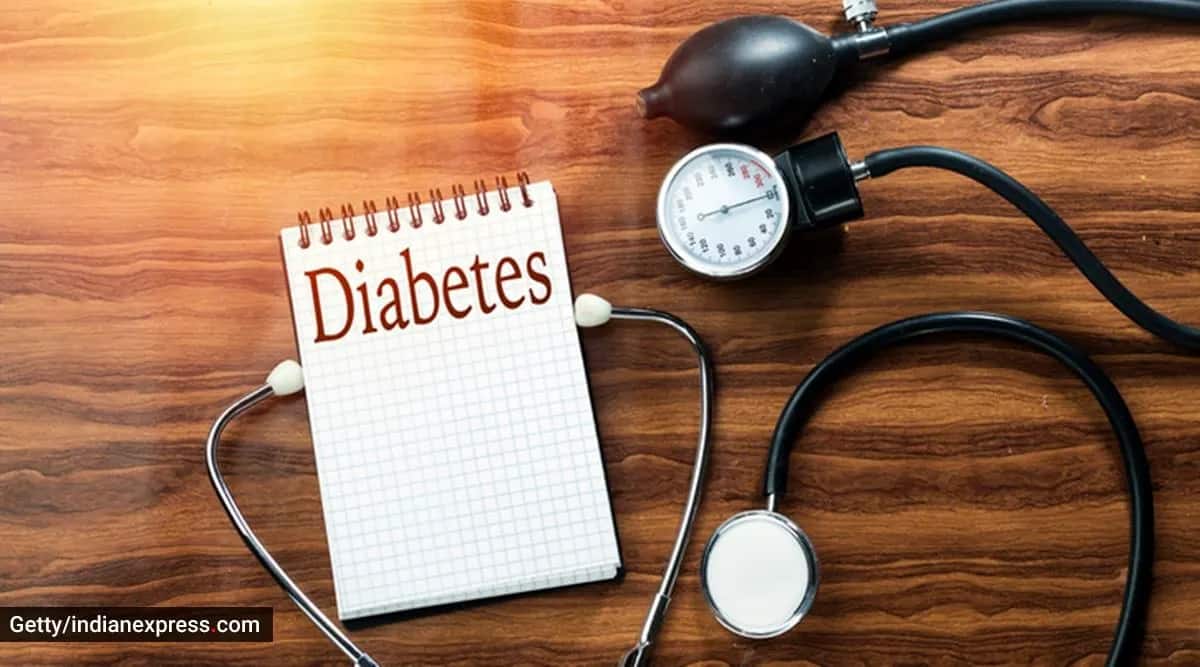 Are you taking care of your diabetes? (Source: Getty Images/Thinkstock)Easy way to make a relaxing cinnamon tea

*Take a glass of water and bring it to boil.
*Add half teaspoon or 2-3 pinches of cinnamon powder to the water and let it boil for 2-5 minutes.
*Once the water turns reddish-brown, switch off the flame. Cool it a little and relish this tea.

“First thing in morning after freshening up. And/or 15 minutes before your breakfast, or lunch or dinner,” they suggested.

However, do not replace your medication prescribed by the doctor with cinnamon. “It is a natural home functional food, which you can supplement with to your daily diet and medications for better results,” say the dietitians.

1 Mins read
Metabolism Linked to Brain Health Every three seconds, someone in the world is diagnosed with dementia. And while there is no known…
Health and Wellness

4 Mins read
Even before the pandemic, the United States was already facing a physician shortage, beginning in the early 2000s, that many described as “devastating.”…
Health and Wellness

1 Mins read
Medicine used to treat blood cholesterol could be used to treat prostate cancer that no longer responds to hormone treatment, researchers have…