The Ghana Railway Company has announced the Takoradi-Tarkwa passenger service will be suspended for two weeks.

The suspension, according to a statement from the company, takes effect from Monday, March 2, 2020. 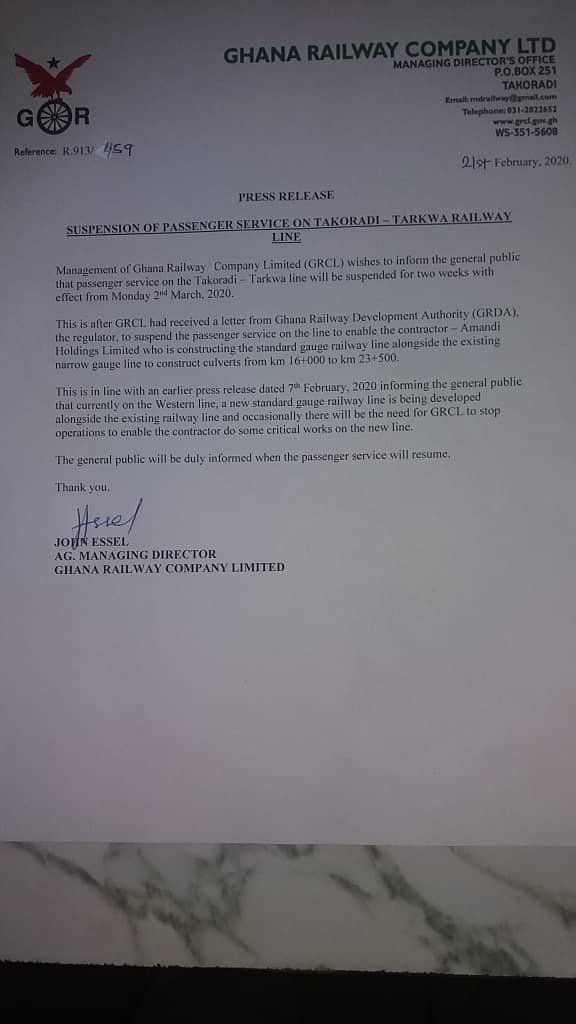 The statement said the suspension of service became necessary after the Ghana Railway Development Authority notified them that the contractor who developed some parts of the railway is to construct culverts on the line.