Tracy Allegedly dumped her boyfriend of 5 years for Kennedy

It seems the most expensive union between Despites’s son Kennedy Osei Asante and Tracy Ameyaw has since become the most talked about wedding in history so far in Ghana.

The aftermath of their wedding is a series of secrets being revealed by the supposed ditched girlfriends and boyfriends of the newly wedded couples.

More recently we shared a story of an alleged girlfriend of Kennedy as she shared a secret that they broke up due to blood group incompatibility hence his marriage to Tracy.

Well, the latest revelation is here. A social media user (Facebook precisely) by name Abena Gbagbo seems to know more than the ordinary with respect to Tracy, the newly wedded wife.

In a Facebook post sighted by Tonefogh.com, according to Abena Gbagbo indicates that Tracy was not the saint, she was being portrayed and must not be used as a standard thus Tracy only met Kennedy in August 2019 after attending a wedding with her then-boyfriend whom she had dated for five years.

Abena Gbagbo(the Facebook user) shared this unknown information under a thread of Ghanaian blogger Kelly Nii Lante Mensa when he was discussing the lavish wedding with his followers on Facebook.

Her post reads: “You attend a wedding in August last year with someone you’ve been dating for 5 years, meet another at the wedding reception and just decides to let go off your relationship? We know oooo, she’s no standard so you people should stop disturbing us”, 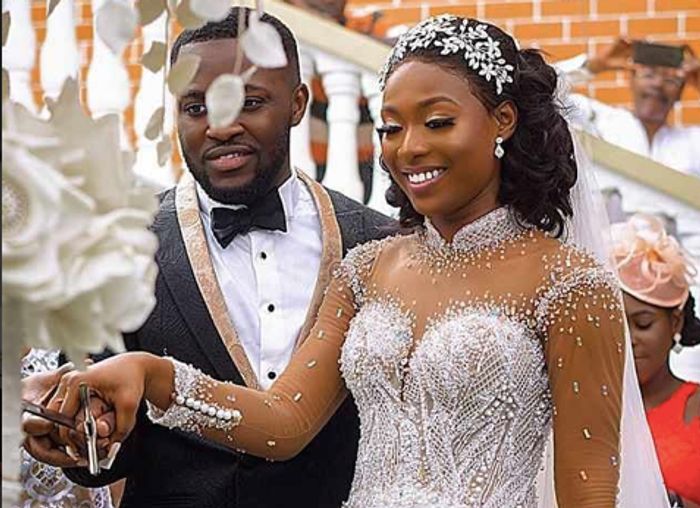 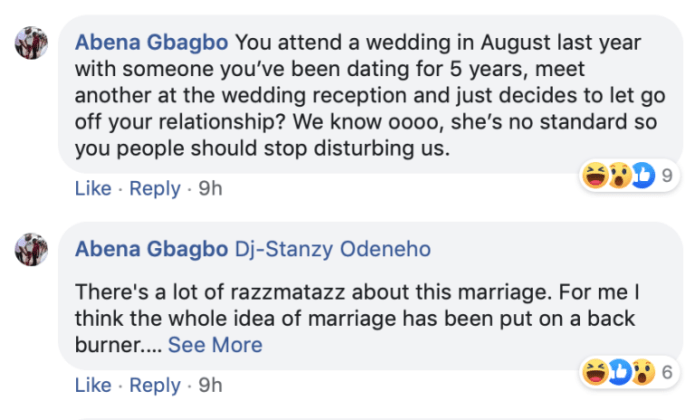 Again? Ghanaians expected this lol! It appears their wedding has stepped on people’s toes paa o!

Football Is Ghana’s Main Source Of National Sports Entertainment – Why?

7 Mins read
Football Is Ghana’s Main Source Of National Sports Entertainment – Why? Sport in Ghana has grown rapidly since the Colonial era when…
EntertainmentMatters Arising

1 Mins read
Afrochella now ‘AfroFuture’ – Co-founder explains The co-founder of Afrochella, Ken Agyapong Jnr, has revealed that although it was announced that the…