More than 26,000 people have died with coronavirus in the UK, making it the second worst-hit country in Europe, new figures have shown.

A total of 26,097 people have died after contracting COVID-19, according to government data which included deaths in care homes and the wider community for the first time.

The total is up from 21,678 coronavirus deaths in UK hospitals announced on Tuesday – but Foreign Secretary Dominic Raab insisted there had not been a “sudden surge”.

The latest deaths included a 14-year-old in England who had no known underlying health condition.

Public Health England (PHE) said the new method of reporting deaths showed an additional 3,811 fatalities since the start of the coronavirus outbreak, about 70% of which were “outside hospital settings”.

The total number of UK coronavirus deaths was recorded between 2 March and 28 April and was around 17% higher than previous data showed, according to PHE.

Its medical director Professor Yvonne Doyle said she could not yet say whether deaths in care homes were falling.

She told the daily Downing Street briefing: “We should know that soon because the hospital curve has declined.” 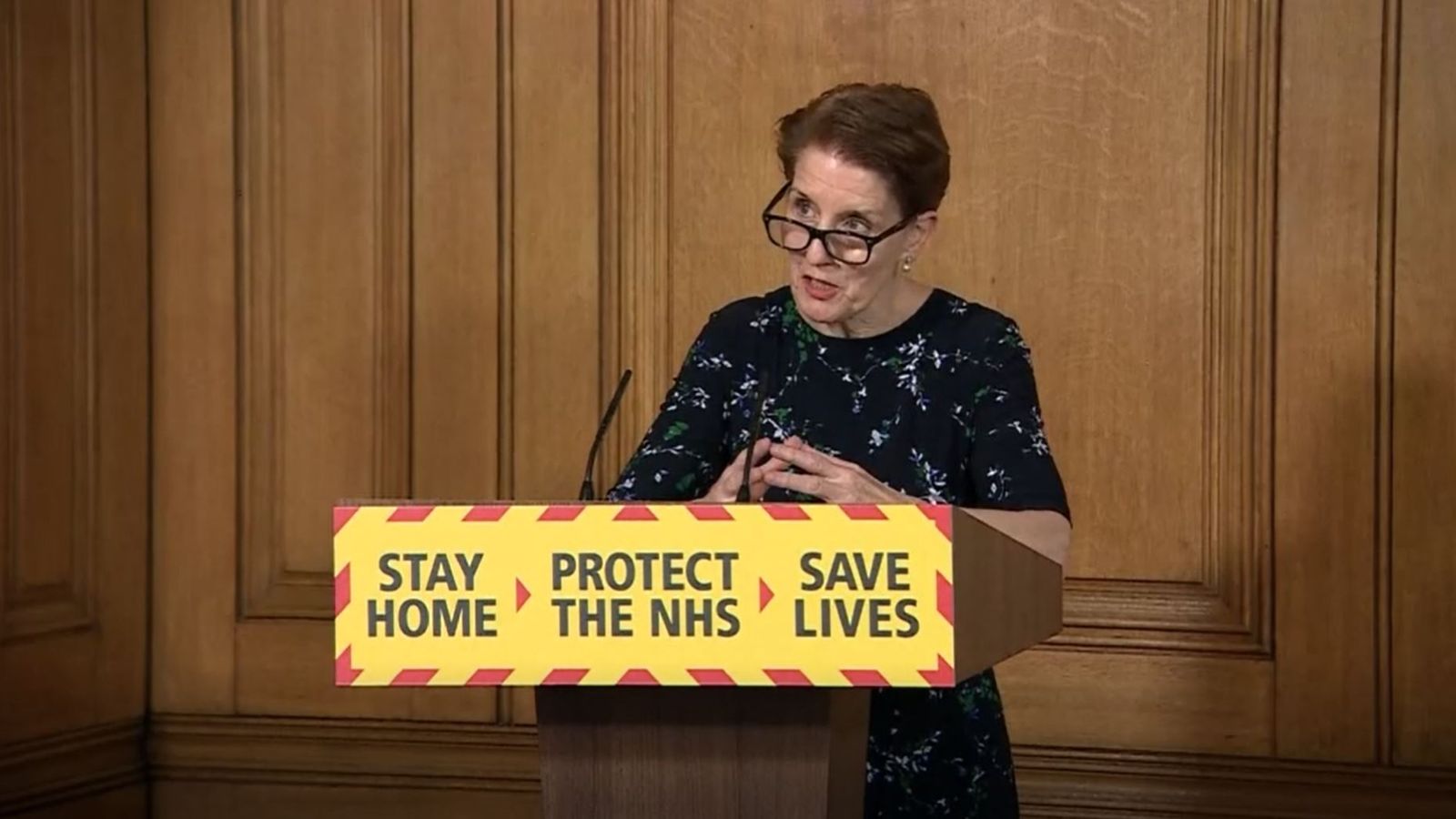 Prof Doyle said the figure for deaths in care homes may be revised up further.

She added: “In due course those deaths sadly may occur on death certificates, so we may expect more than we are seeing at the moment.”

The UK’s new coronavirus death total means it is the third worst-hit country in the world, behind Italy with 26,872 deaths and the US with more than 59,000 fatalities, according to Johns Hopkins University, which is tracking the outbreak.

Nearly a third of all care homes in England have reported suspected or confirmed COVID-19 outbreaks.

Some 4,516 homes have reported outbreaks from 17 March up until Monday this week – around 29% of the total care homes.

In every region in England, more than a fifth of care homes had reported outbreaks.

Health Secretary Matt Hancock said on Tuesday he wanted to “bring as much transparency as possible” to the coronavirus death figures by including those in care homes and the community.

Mr Raab – standing in for Boris Johnson following the birth of the prime minister’s son – said there was a “joint horror” across the House of Commons at the number of people killed in the outbreak.

Chief scientific adviser Sir Patrick Vallance had suggested in March that keeping the UK’s death total below 20,000 would be a good outcome.

At Prime Minister’s Questions, Labour leader Sir Keir Starmer said: “We’re clearly way above that number and we’re only partway through this crisis and we’re possibly on track to have one of the worst death rates in Europe.”

He took issue with Mr Johnson’s comments about the “apparent success” of the UK’s strategy, adding: “Far from success these latest figures are truly dreadful.”

Meanwhile, Mr Raab said more than 52,000 coronavirus tests took place across the UK on Tuesday – just two days before the date the government set for reaching 100,000 a day

2 Mins read
Georgia, Tennessee and Oklahoma are among the states that will distribute and schedule their COVID-19 vaccine reserves using a new digital vaccine…
AfCFTACovid-19EntrepreneursHeadlineWorld

2 Mins read
Dr Ngozi Okonjo-Iweala, the new Director-General (DG) of the World Trade Organization (WTO), has taken office with a call on members to…