Why investigate Airbus matter when Ghana did not lose any money? – Stan Dogbe to Akufo-Addo

An aide to former President John Dramani Mahama, Mr Stan Xoese Dogbe thinks that there was no need to investigate the airbus matter when Ghana did not actually lose any money.

President Nana Addo Dankwa Akufo-Addo on Sunday evening referred the Airbus bribery scandal to the Office of the Special Prosecutor to investigate the matter.

On January 31, Ghana was cited as one of five countries in which global aerospace group, Airbus SE, allegedly bribed or promised payments to senior officials in exchange for business favours between 2009 and 2015, according to the UK’s Serious Fraud Office.

In addition to Ghana, the company allegedly paid bribes to officials in Malaysia, Sri Lanka, Indonesia and Taiwan within the same period.

The UK’s Serious Fraud Office, however, in its statement of fact did not name the individual Ghanaian officials nor the Airbus agents involved in the crime because investigations were still ongoing.

President Akufo-Addo’s referral to the Special Prosecutor for investigations indicated that it should be conducted in collaboration with the United Kingdom authorities, according to a statement from the presidency.

But in a Facebook post Monday morning [February 3, 2020], in reaction to President Akufo-Addo’s referral of the matter to the Special Prosecutor to investigate the said Ghanaian government officials involved in the matter, Mr Dogbe indicated that the President should “rather investigate the nepotism-induced $24m tax waiver you [Akufo-Addo] gave to your in-law which will be at a cost to the tax payer?”

Mr Dogbe served as an aide to former President Mahama whilst he was in office and handled presidential communications.

The statement from President Akufo-Addo asking for the investigation noted that the Special Prosecutor Office will “collaborate with its UK counterparts to conduct a prompt inquiry to determine the complicity or otherwise of any Ghanaian government official, past or present, involved in the said scandal.”

President Akufo-Addo, according to the statement, wants “necessary legal action taken against any such official, as required by Ghanaian law.”

But in his Facebook post Monday morning [February 3, 2020], Mr Stan Dogbe wrote: “Ha ha ha!! Finally, the SP [Special Prosecutor] will have some work to do.”

“But please, Mr. Akufo-Addo, given that Gov’t of Ghana did not lose any money in this Airbus matter, and yet you are willing to attempt some so-called investigation, just asking, why wont you rather investigate the nepotism-induced $24m tax waiver you gave to your in-law which will be at a cost to the tax payer?” he added.

“The criminal PDS scandal involving your family and cronies is also still fresh in our minds ooo!” Mr Dogbe posted.

Below is a copy of what Mr Dogbe posted. 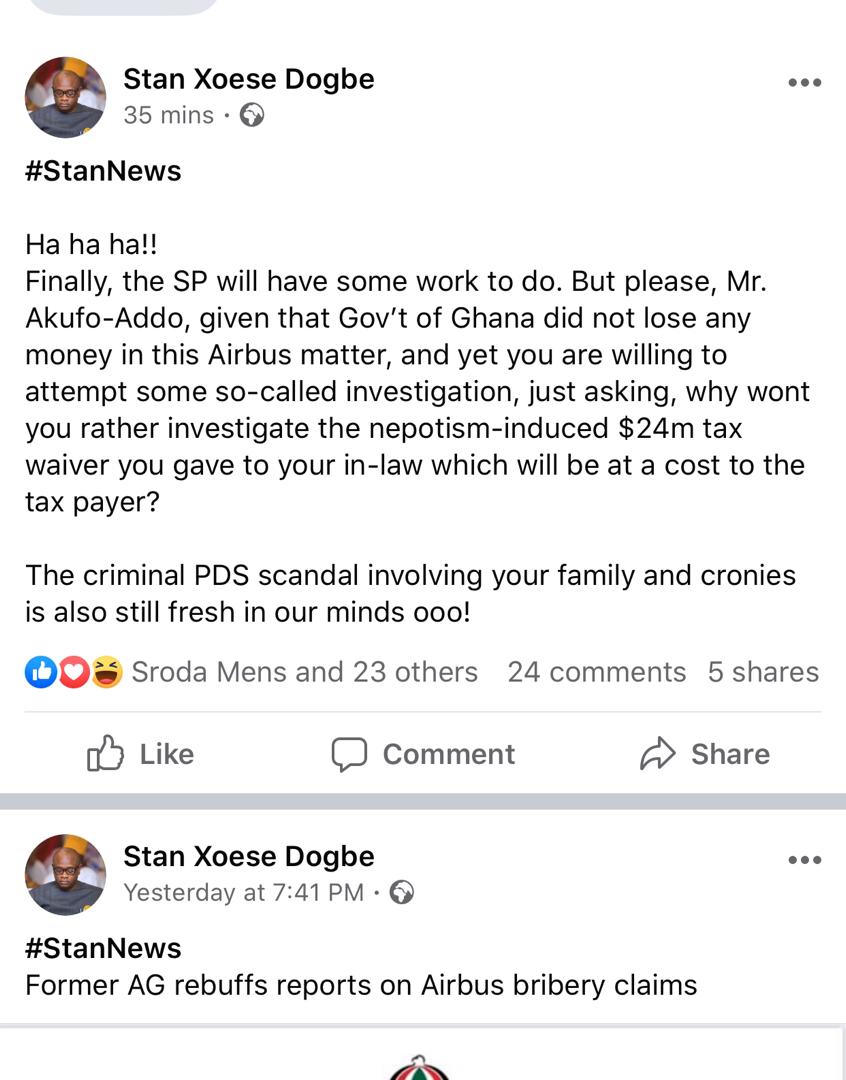 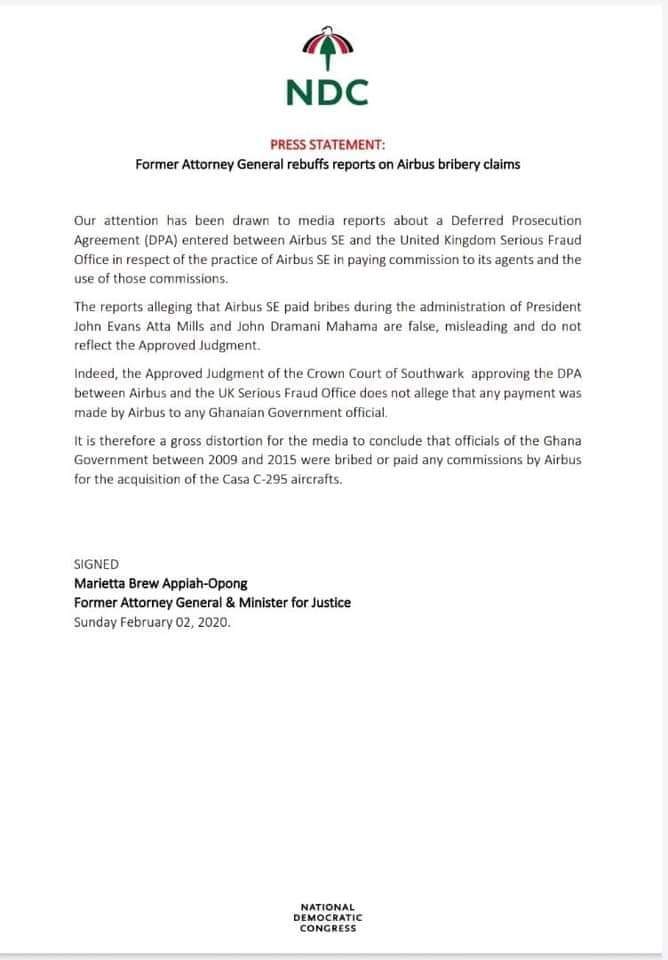 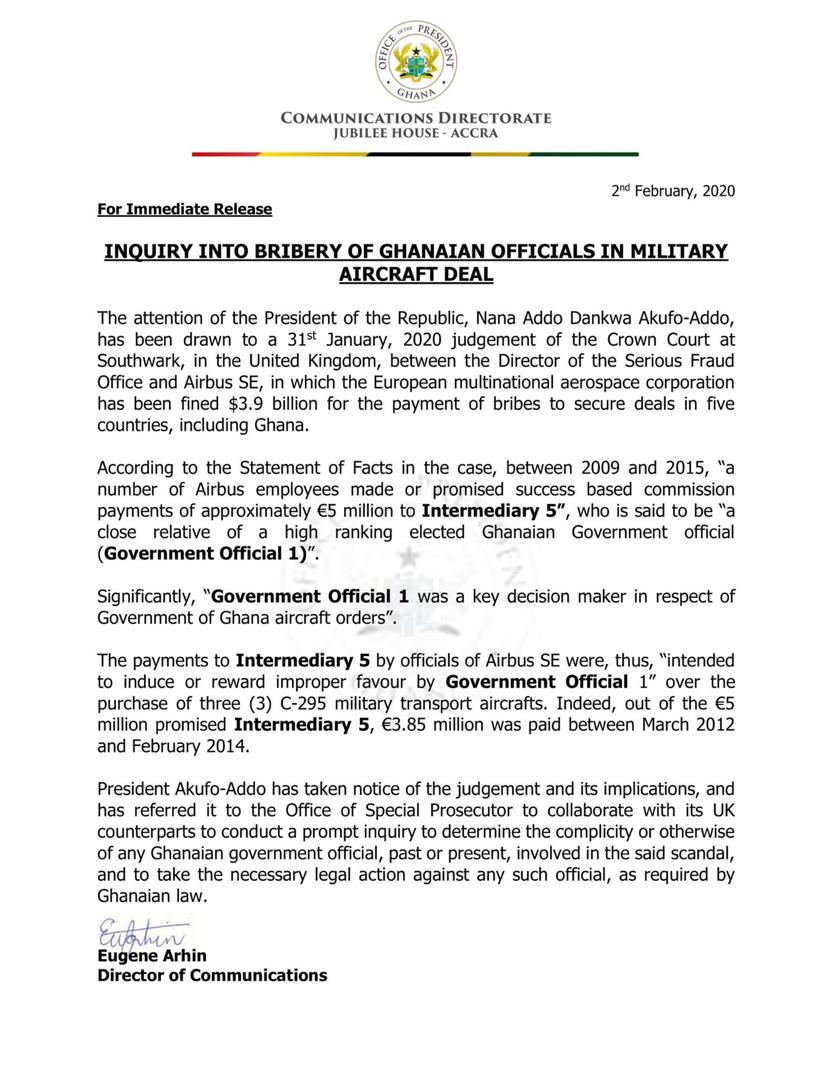 2 Mins read
Armed robbers made away with gold with a value of approximately US$350,000 when they raided the Homase site of gold ore mining…
News

Newzoo: More than 500 companies are building the metaverse

5 Mins read
Over the course of a year, the number of companies working on the metaverse grew from 200 in July 2021 to more than 500…